Important things to know about Russians 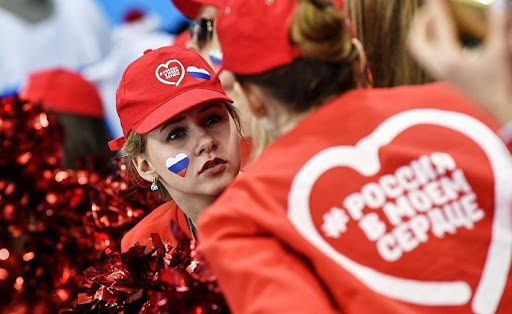 Important things to know about Russians

Hello! I would like to talk  about some features of Russian’s behaviour.

You have to take it into account so that there is no frustration or disappointment.

1) Many foreigners consider the Russians as gloomy people. Yes, we smile a little, but it does not mean that we do not know how to rejoice. In Russia, it is not customary to smile at strangers. Therefore, remember, if you smile at a Russian, and he does not smile back at you, this is not because you are bad, but because the Russian considers it strange to smile at those people whom he does not know. A Russian’s smile must be earned)))

One Canadian who has lived in Russia for 13 years in his article “Why Russians don’t smile” compared Americans with peaches, and Russians with coconuts. Americans are like peaches sweet and soft outside, but with stiff bones inside, and they will not allow anyone to come into their life. Russians are hard outside, but if you managed to win their trust, you can assume that you have found a friend for life. At the same time, the younger generation is more friendly today and smiles more often.

2) Russians don’t like to take responsibility. Very often, employees spend a lot of time  at lunch and talking with colleagues, and they like to go on vacation for a long time. At the same time, for example, Americans may not take a vacation at all for many years.Vacation is a  holy thing for Russians. And if you want to be a good boss for your Russian employee, give him a well-deserved vacation.

3) Russians like extreme situations. For example, suppose they bought a ticket for a vacation  to Bali, and there was a flood. Instead of refraining from traveling to this country, Russians will fly there anyway because they bought a ticket and have plans. Not everyone will fly there, of course, but many Russians ignore the danger when it comes to recreaeagetion and entertainment.

4) I beg you to understand what you are saying. Don’t use words in which you are not sure of their meaning. This can ruin your reputation.

There  is a lot of slang and jargon in the Russian language that we use. Be attentive with their use.

Soon, I will publish an article devoted to this topic.

5) If  a Russian tells you “No” you still have a chance to convince him, because the Russian’s no is not as categorical as the American one.

6) In Russia, it is not customary to lie on lawns in parks and especially to have picnics. This might be seen in big cities when the weather is good, but in small cities it is impossible, no one does it. It looks very strange, probably because many Russians rest  at their dachas.

This is all for today!!! I wish you a great trip to Russia and joyful acquaintances with Russians.

If you need to learn Russian online-my courses are here.

0 responses on "Important things to know about Russians "