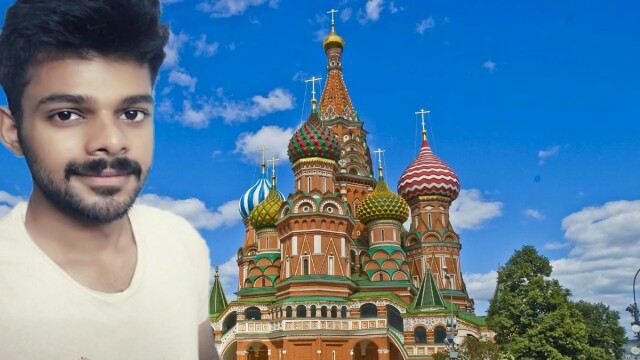 My Love Affair with Russia

In this article I would like to tell my story… ABOUT RUSSIAN CULTURE.

Part 1: Roses for the Beautiful Girl

Growing up is like drinking a glass of warm mulled wine. It might be too warm for comfort, it might be a bit too strong for the throat, but at the same time you are likely to get treats like raisins and almonds that float around a fine glass of Gløgg, a type of Scandinavian mulled wine. Life had varied plans for me though, it was not Scandinavia to begin with for one thing, I was taken eastward to a land that cannot be possibly described using mere words. Russia, as you will soon discover, is not a country, it is an emotion.

In about six months after I started learning Russian I learned an important lesson: “There are three kinds of friends, the evil ones who’d backstab you and wish misfortune upon you, the indifferent ones who wouldn’t care much about you but still care more than many others and finally, the faithful, loyal and loving ones who are for a lifetime.”

Further on in my journey I learned that it is not wise to give a girl in Russia an even number of flowers if I am to appear charming; this information came to my aid when my teacher told me to buy ten roses to present to an important guest who was to arrive at our school for a program; with the money she gave me for the same, I bought the beautiful flowers, but on the way back, the cutest little girl waved at me on the street and extended her hand towards the bunch of flowers I held in my hand. God would have punished me if I had not given her a rose despite her parents’ refusal out of politeness, she was just too cute! But alas! I only had nine flowers now!

I walked back to the store hoping that I could buy one more rose under my own expense, and that’s when I received the shock of my life, the store was closed! The florist had gone home early in that short interval. I was tensed as my teacher had specifically instructed me to get exactly ten flowers for the guest.

What eventually saved me? The fact that an even number of flowers are only used for funerals in Russia! By the grace of God and my powers of persuasion, I was able to convince my teacher that nine flowers are more auspicious than ten. Russian culture saved the day as no problems ensued during the program and the guest didn’t even count the roses.

This is just one of the several anecdotes from my life regarding Russia and the Russian language. I will get back to you soon bearing the message of the great and mighty Russia next time 😉

P.S. If you are interested in Russian-learn Russian online.

0 responses on "I started learning Russian..."