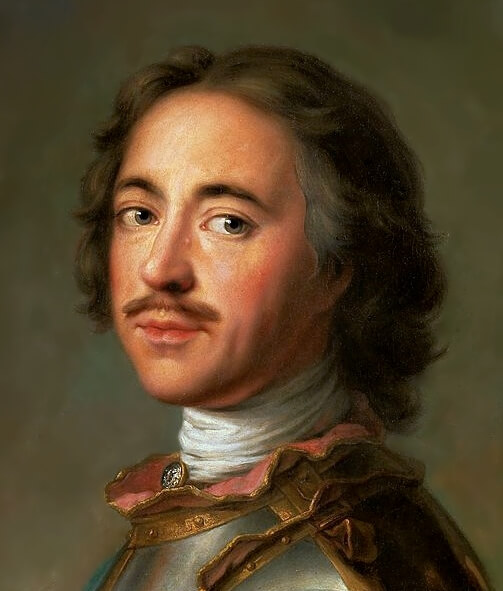 This post was inspired by my trip to the most beautiful city in Russia – Saint Petersburg! Because I have always received good grades in history all throughout my academic years, I consider myself an astute historian. It because of this that I feel confident in explaining to you why Peter The Great (Peter The First) and Catherine II are brilliant figures in Russian history and Russian culture.

Both contributed to the prosperity and well being of Russia. When you visit Saint Petersburg you can really feel their heart and soul, they were key to the development of this city and their spirit still lingers within. You really have to visit Saint Petersburg to fully grasp the complete picture of both Peter and Catherine’s ambition.

Peter created a powerful fleet and expanded the territory of the Russian Empire. During his reign the first school of grammar was founded, he also took care of the country and in addition it’s people. It’s a known fact that the Emperor (Peter) saved drowning soldiers. This selfless action by Peter eventually led to his death after catching a serve cold. The way Peter chose to live his life and the way he chose to die showcases his soul – which was one of selfless service to his country and to his people.

During his rule, he traveled from location to location with his soldiers campaigning. He possessed a knack for knowledge, seeking out discovery after discovery while he campaigned! During one of his campaigns to Holland, he became fascinated by Tulips and ordered that the flowers be brought back to Russia.

Peter has mastered in his life a variety of crafts. He learned shipbuilding, navigation, manufacturing clocks, took lessons in drawing and engraving, learned to produce paper, mastered the craft of carpentry, masonry, gardening, and also attended (visited) the anatomical theater, where he studied the structure of the human body and practiced surgery.

Peterhof with its fabulous palaces, fountains, statues of gods and mythological heroes was created under Peter in honor of Russia’s victory in the war with Sweden! The result of that war opened the gate to the Baltic Sea! Peter became not only the founder of this amazing palace, but he was personally involved in the construction of the palace – by contributing drawings and sketches.

Peter made the boyars(aristocrats) change and cut off their beards! Even in the modern world, there still exist legends and drawings and many stories dedicated to this topic. Peter was harsh, you could say he forcefully imposed fashion on his people and in particular the boyars. He made them wear European clothing and fined them if they broke his dress codes.

Peter introduced a new alphabet, which facilitated and promoted literacy through typography. The first Russian newspaper «Vedomosti» was published by his government officials. By 1703 the first book in Russian with Arabic numerals was published.

Peter The Great developed the city layout of the buildings in St. Petersburg, his focus primarily the beauty of the architecture. He personally invited foreign artists as well as talented young Russians, even sending some of his people abroad to study the “Arts”. Peter laid the foundation for the Hermitage – which is one of the largest and oldest museums in the world.

He was the first Russian tsar who traveled abroad not as a leader and head of state, but as an ordinary member of the government in particular the embassy, his main motivation in doing this was to study without any restrictions imposed by class or title. Peter the Great was interested in the military and naval arts. Later putting into practice the knowledge he learned which lead to the birth of the great city Saint Petersburg.

If you want to know more about Peter The Great I recommend the following video: