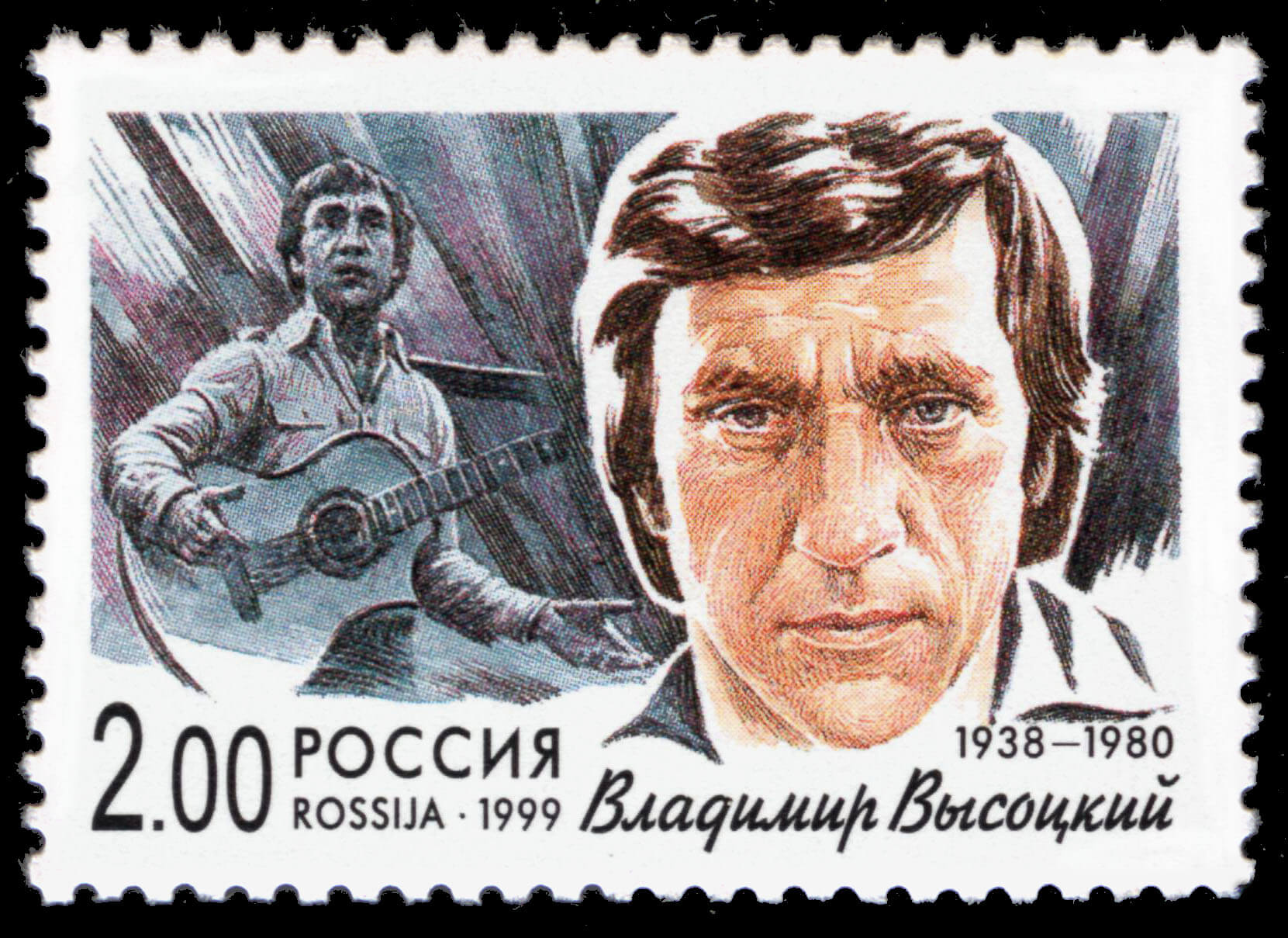 Today we speak about Russian culture again. It is a big challenge to write about this man. I don’t hold to the illusion that many readers of this article will become as passionate about him as millions of people in my country have. His work is especially liked by people over 40. He was an idol for my parents generation. Young people are unlikely to know him or his work very well. For me personally, he is a genius poet, songwriter and actor.  His name is Vladimir Semyonovich Vysotsky.

To understand the message of his songs, poems, and novels, it is necessary to understand what was happening in Russia in 1960s-70s.

It was the time of young people who didn’t know what «war» or Stalinist repressions meant. The times of Nikita Sergeevich Khrushchev and Leonid Ilyich Brezhnev were marked by changes in all the spheres of social life. It was then that the first steps towards freedom were made. Nonetheless, the purpose of that political system was to uphold communism. That political formation defined every stage of human social development: a Soviet person had to be a Little Octobrist, a pioneer and then a Komsomolets at school. When he/she grew up, a Soviet person had to become a worthy member of the CPSU. If they didn’t belong to the Communist Party, they could forget about having a successful career and were considered odd ones out!

The society imposed its social model upon the young generation. A man was still under the yoke of authority, deprived of freedom of choice. The Government strictly regulated culture and decided what artists should do and should not do.

The tragic works filled with drama were rejected by the censors and never performed in public. Any attempt to shine out in art was nipped in the bud. The popular art of the Soviet period actively developed in the form of amateur song. The aim of that art was to control the minds and to champion the ideas of Communism.

Ostentatious optimism reigned everywhere. But in the 60s, the Culture in Russia was undergoing significant changes: from the Stalinist ideology to freedom. The Soviet contacts with the European culture increased and that led to  new styles in fashion and all other aspects of life. Against this background, bard songs appeared on the scene. Vysotsky was one of the most famous bards. He played the guitar and sang his own songs. His performances were innovative and even revolutionary. Vysotsky had a musical ear.

His songs were real stories with an amazing plot, such as «The song of the air-fighter», in which

the story was told on behalf of an aircraft:

He was always in a hurry trying to put on the clothes, characters and lives of others. Those characters could be funny or serious, reckless or practical, real or imaginary. Vladimir Semenovich walked in their shoes, trying to understand and express their problems, their professional path, their life principles, and illustrating their way of thinking and way of speaking. He was a master of improvisation and liked to exaggerate. Visozkiy was bold and sarcastic. This man teased and exposed, approved and supported. He was so good at everything, so talented, and so convincing, that listeners mixed him up with the characters that he portrayed in his songs.

He was a great actor and the film with his participation “The Meeting Place Cannot Be Changed” became a classic of Soviet cinema.

Visotzkiy played not only in the cinema, but also in a theatre. Taganka Theatre became his shelter. This men loved the theatre and played there, making it his permanent home. Hamlet was his trademark.

That performance was showed to the audience in Moscow, Leningrad, Minsk, Tbilisi, Bulgaria, Yugoslavia, Hungary, France and Poland. That role had been played  by him 218 times.

No doubt, he was aware of his impending death, so he worked non-stop, tirelessly producing a lot of songs. Visotskiy slept for 4 hours per day, working mostly at night because he played in the cinema and the theatre in the daytime.

His Lyrics, guitar, voice, and charisma were his weapons. That’s how he conquered people! He reached their hearts. He created a new character – a hero much needed in our society. Nevertheless, his poems were not published, his songs weren’t played on the radio or television as they were considered harmful by the government. But his voice reached everyone via tapes and recordings which were made on X-ray film. He became extremely famous during his life in his country.

Once, a funny accident happened to Vysotsky while he was having a holiday in Sochi: He discovered that his documents, clothes and even the keys to the apartment in Moscow had been dragged out of the room. The artist went to the police, but when he returned to the hotel room, he found stolen items and the note: “I’m sorry, Vladimir Semenovich, we did not know whose things those were. Unfortunately, we have already sold your Jeans, but the jacket and the documents are safe and sound”.

Vysotsky was also popular abroad. He visited the United States, Canada, Mexico, and Tahiti. In 1978 he traveled to Hollywood, where he met with actors and directors. When the artist began to sing and play the guitar, people listened and asked him to repeat the performance even though they didn’t understand anything. Visotzkiy was offered everything: official recognition, money, the chance to leave Russia, but he did not do that.

On July 18th, 1980 he appeared on the stage of the Taganka Theatre for the last time playing his trademark role – Hamlet. It was said that he was barely able to finish the show. A few days later, on July 24th, Visotskiy died at the age of 42 of a heart attack.

Vladimir Semenovich died while The Olympic Games were being held in Moscow.The Soviet authorities tried to hide that fact from people. Only two small obituaries appeared in the newspapers. The “Evening Moscow” and “Soviet Russia” papers informed the public that the country had lost a great poet, artist, actor and bard, and a modest sign above the window of ticket office of Taganka Theater read: «Actor Vladimir Vysotsky died».

No one returned their tickets, instead choosing to keep them as a relic.      A few  days later, the chief editor of  the “Evening Moscow” was dismissed for the publication of the article about the death of Vladimir Vysotsky. Despite all the obstacles, a huge crowd gathered near Taganka Theatre. The people didn’t leave that place for several days. On the day of the funeral, many people were even on the roofs of the nearby buildings. Over 40 thousand people came to the funeral to say goodbye

So who was – Vladimir Vysotsky? What was his essence? An actor?A poet? A singer?

I don’t know. I only know that his name will be in the history of our culture forever.